Doing Business with Us

The current Board Members appointed by the Johnston County Commissioners are:

Ken Starling is a lifelong resident of Johnston County, and resides in Princeton with his wife Jenny.  He has an extensive record of public service.  He has been a  member of the Airport Authority for 10 years and currently serves as Chairman.  Ken obtained his pilot’s license at age 17 and has spent his entire career in aviation.  Over that 40-year span, he has flown executive jet charters and managed multiple corporate flight departments utilizing numerous airplanes and helicopters.  Ken’s experience continues to bring a corporate and business perspective to enhance growth for the airport, as well as Johnston County.

John Bullock has been involved in aviation for over 40 years to include being a member of the Johnston County Regional Airport Authority for over 25 years, serving as Chairman for eight of those years. He uses aircraft almost daily in the Bullock Equipment Dealerships and Construction Businesses. Aviation is vital to the growth of Johnston County; without a strong Regional Airport this would not be possible.

Bruce is a lifelong resident of the Selma/Smithfield area.  He shared the joy of flying with his dad (Curtis) and brother (Gary) and got his license at age 19. He started Handy Andy Carpets in 1974, taught in Clayton and South Johnston, and later was Choir Director at FBC Smithfield.  Bruce's wife and life partner, Nancy Wilkins, passed away in December 2020.  They sold the business and retired in 2017.  They owned and flew several small planes that they hangared at JNX. His hobbies include golf, boating in WB and singing.

Edwin Aldridge is our newest board member, we would like to offer him a warm welcome. 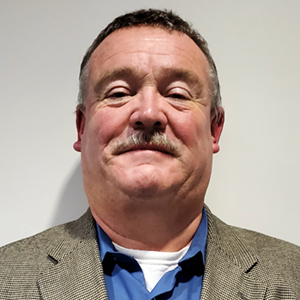 One of our newest board members, we would like to offer him a warm welcome.

Bentley Powell is a lifelong resident of Johnston County; He resides on his family farm with his wife, about a mile or so from Johnston Regional. He remembers when the Airport opened and has witnessed many changes since then. He currently is the Fire Chief of the Wilson’s Mills Fire/Rescue Department, which proudly serves JNX. He has spent most of his life in Public Service and Public Safety. He looks forward to working with the Authority members to plot a course for JNX to progress into the future.

Tim Stevens has been involved in aviation for over 40 years. Tim received his pilot’s license while attending UNC. JNX has been his home field since it opened.